Safety is always Our First Priority 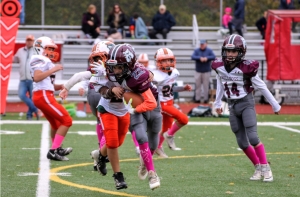 As a member of Greenwich Youth Football League, The Bulldogs operate under the guidelines of Pop Warner Football and USA Football.

Steps that are taken by GYFL to minimize injuries:

Don’t Just Take Our Word for It

10th Largest School District in US

Since employing HEADS UP Techniques in 2013

“It turned out that flag players had higher rates of injuries (than tackle players) and that the difference in concussion and other serious injuries were really no different” Dr. Andrew Peterson, Lead Researcher